My process to delete these social media accounts has a timeline. It was not overnight. 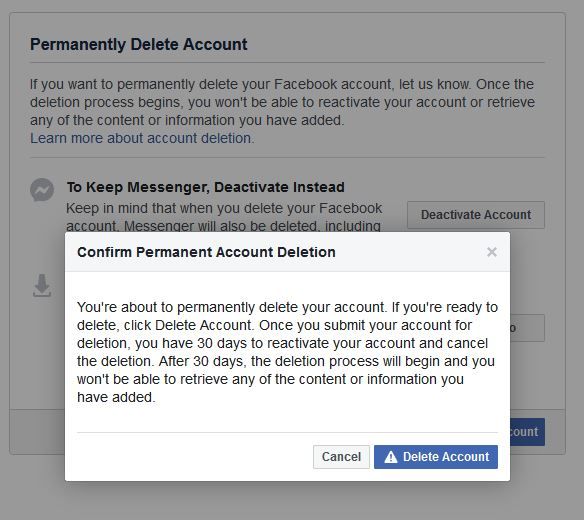 I've been thinking about the attention economy and social media addiction since at least 2016.

I created my Facebook account in 2009. After Facebook introduced the bottomless scrolling newsfeed with companies advertising inside the platform, I started to get annoyed by it. But at the same time I developed an addiction to it. I remember that feeling of logging in to Facebook and scrolling for a couple hours only to realize it was a waste of time. But everybody I knew was (is) there: high school friends, friends I made at a training course in Sweden, family, co-workers, bloggers, etc. This was before the Cambridge Analytica scandal but I remember seeing those “personality polls” they used to get information. I don't think I ever clicked on those, but they were everywhere.

Trying to remove distractions but still using it

I decided to get rid of Facebook's feed by “unfollowing” everyone I knew. This was before there were plugins or extensions that could hide your entire timeline. Then I used plugins extensively to avoid the feed and all the ads. I was only interested in participating in some Groups that organized local meet-ups, for example. So I used tricks to only see the Groups when I logged in and avoided all the other distracting things on the page.

Long story short, all those strategies weren't getting to the core of the problem. I started to join more groups and I was still checking Facebook every day, several times a day.

I read some books, articles and scientific papers about social media, attention and addiction. I did “digital detox” weekend sessions. But I still wasn't ready to delete everything. Social (media) pressure is pervasive!

A really good article I read around 2018 that opened my eyes was this one: Be a pioneer – delete Facebook by Jaron Lanier. I tweeted this article at the time (oh, the irony!)

Then I heard about the Center for Humane Technology and got to know Tristan Harris's work. People were starting to have deep discussions about the issues with social media and it reached mainstream.

A few months later I decided to make an experiment and deactivate Facebook for some time. I deactivated it in 2019.

But the thing about deactivating Facebook is that anytime you reopen the website and you have the password saved in your browser, and it logs in, it will cancel the deactivation. That happened to me with friends sending me an innocent link to an article that was inside Facebook and BAM! my account was online again. (Since then I deleted all saved passwords from my browsers.) Then I would have to go to Settings and deactivate Facebook again.

In July 2020 I decided to delete Facebook once and for all. So I did go through the menus to find out that it takes 30 days to delete the account!

A few days later, amidst the COVID-19 pandemic, I wanted to visit some Groups. I remember I was feeling anxious and lonely at the time so I gave in and I was in Facebook again. I said to myself: “OK, just this last time, but I am not sure I want to delete it yet”.

I kept my Facebook deactivated up until today, when I decided to FINALLY delete it! And I did. So now I'll forget about it. I will block facebook.com on my browsers so that I don't accidentally log in again in the next 30 days.

Now, Twitter wasn't bothering me too much anymore. But I wanted to delete my account because I had data there since 2009. I took a quick look before I deleted it and there were some awful tweets at the beginning, totally pointless. Twitter is deleted as well.

I will list below some of the main resources I came across that helped me reflect on this subject.