Switching from Kindle to Kobo 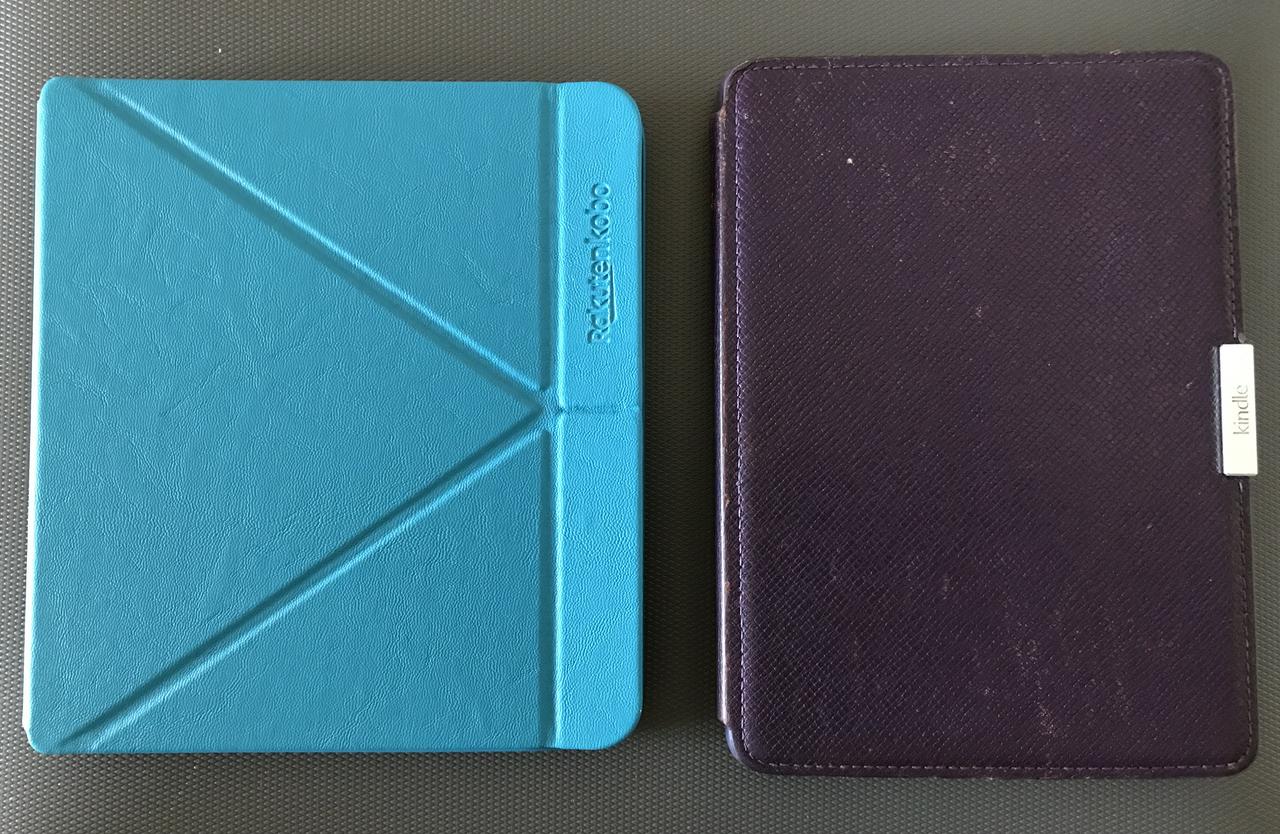 On the left: new Kobo – On the right: Old Kindle

After using Kindle e-readers and Goodreads for 9+ years, I decided to move away from Amazon’s e-book empire. I’ve had 2 Kindles in my life: the 6” 4th Generation (2012) and the 6” Kindle Paperwhite 1 – 5th Generation (2013). At the time I got my first Kindle, back in Brazil, there weren’t too many options available. I wanted to read books in English and Amazon was the only service I could access back then. Amazon was convenient.

At some point along the way, I heard about Rakuten Kobo, a Canadian e-reader/e-books focused company (now also owned by a Japanese group). There was also Barnes and Noble with their Nooks and even a Brazilian publisher with their locally produced e-readers. But the access to the huge Amazon’s e-books catalog was unrivaled back then. My Kindle Paperwhite worked fine throughout all those years. Sometimes it froze, true, but nothing that a soft (and long) reset couldn’t solve. I tend to use my devices (be it e-readers or mobile phones) up until they become useless due to lack of support or just stop working. There are some exceptions in which I just want a better device.

Over the years I grew leerier and leerier of Amazon’s power and influence. Not to mention the accounts of their underpaid and over-exploited employees. Since my Kindle was almost 10 years old and it started to lag more than usual, I finally made the jump out of Amazon’s grasp.