Overwhelmed by Ads in a hockey game

Why have sports events became a huge advertisement show?

I went to a hockey game the other day. As a newcomer in Canada this was one of the experiences I wanted to try. Hockey is like soccer for Brazil: almost everybody has a favorite hockey team and it is constantly in the news. I am not a big sports fan. Actually I don't like watching sports and I don't have any favorite teams. But it was nice to have the opportunity to see a hockey game.

... less about the sport and more about...advertising. I was overwhelmed by the number of screens and banners showing ads all the time!

It seemed to me it was a big marketing show that had some guys playing hockey in the background.

The sound system was extremely loud and I ended up with a terrible headache afterwards. The only moments with silence were when the players were actually playing, and as soon as there was a pause, the super loud music would come up and a countdown telling everybody to make some noise would appear before the puck was on the ground again. And they would squeeze as much advertisement as possible during these short breaks.

I think I must have seen thousands of ads coming from various sources, non-stop. I counted at least 8 locations where advertisement was displayed. It just seemed to me that the goal of the game was to get us to buy (more) stuff, rather than enjoy a sports match. 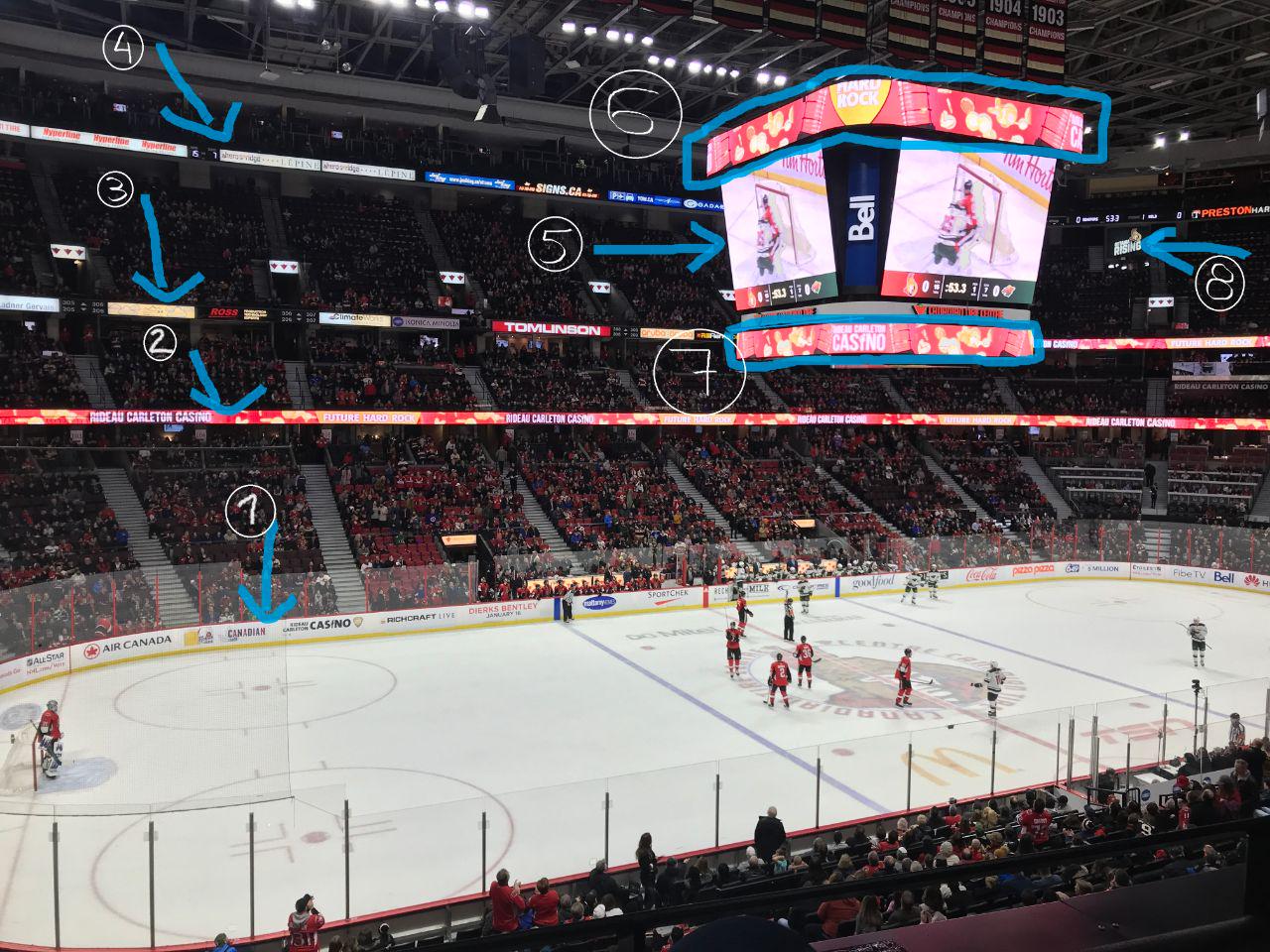 Maybe I've been away from big stadiums shows and events for too long because I was shocked with the spectacle and how my attention was being forcibly drawn to all those screens.

It was a 3+ hour event, with two 20 minutes intervals that had a DJ with exceedingly loud music and advertisement insertions throughout. And also the camera would catch people from the audience to appear at the big screen in the middle of the stadium. Like, a 30 seconds moment of fame competition with air guitar performances, dancing and people just being goofy.

I don't know if it's me, but it was too much! Too much noise, too much ads, too much non-focused attention.

By Noisy Deadlines Minimalist in progress, nerdy, skeptic. I don't leave without my Kindle.