My thoughts on: “All the Birds in the Sky” [book] 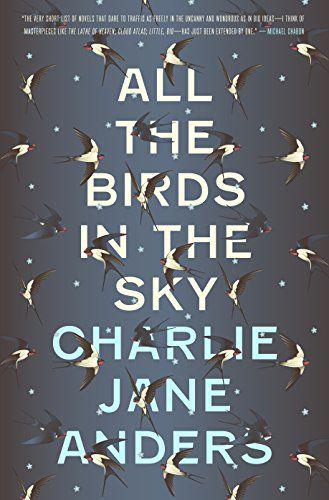 This was a surprisingly weird book. It's a mix of urban fantasy, light science fiction, nonsense and disastrous near futures. There's an AI, witches and mad scientists (sort of...). There is romance. Childhood adventures. Nerdy hipsters. Birds and trees talking. There are philosophical discussions about life, universe and everything. A clash of magic and science.

It's one of those books that can't really fit in one genre box. It's multi-genre (if such a classification exists). I enjoyed reading it mostly because of the unusual dialogues and crazy ideas. It reminded me a little bit of Douglas Adams's style (like The Hitchhiker's Guide to the Galaxy).

The AI Peregrine was my favorite character. And in my head I was sure the AI was a female. But then later in the story I realized they actually called her with a masculine noun. Anyway, the genre doesn't matter at all, the AI was cool. I thought the best portions of the story were when Patricia and Laurence were having some existential discussion, like the end of the world.

At around 70% I thought the story dragged a little bit and it became a little depressing. But then the story picks up and extraordinary things happen.

It's an interesting mixed bag of magic and “sciency” near future story.

To be read with an open mind.